The OFFICIAL digital adaptation of the best-selling board game Splendor!

Splendor com.daysofwonder.Splendor.gp
The goal of the game is to build the most impressive jewel trade and become the best-known merchant in the world. The player with the most prestige points wins the game.

Splendor is an addictive strategy turn-based card game, where players assume the role of wealthy Renaissance merchants, exploiting mines and caravans, hiring craftsmen and leveraging their influence with the nobility. The goal is to get the biggest gem network and become the most influential merchant.

Splendor recreates the exact look and feel of the best-selling board game Splendor which is a global hit, selling more than 200,000 copies in 30 countries and winning numerous awards (Golden Geek 2014 Board Game, Family Game of the Year, Origins Game of the Year, 2014 Meeples Choice).
Official adaptation of the board game created by Space Cowboys. Fast and easy to learn, yet hard to master. Lavish graphics, true to the original game. Solo mode and pass-and-play mode, 2 to 4 players. New game mode: scenario-based “Challenges” to learn advanced techniques or just have fun with rules tweaks. Historically-accurate background stories for Challenges set in the 15th to 16th century period. Multiple types of Artificial Intelligence, based on unique strategy behaviors instead of difficulty. Excellent interactive tutorial to teach the game and digital interface. Achievements board. Worldwide leaderboards by connecting with a Days of Wonder account. “Renaissance” graphical and musical ambiance. Splendor introduces a special game mode, called Challenges. Challenges are like chess puzzles. They put the player in a preset situation and challenge him or her to achieve a specific goal. The goal could be a number of points to earn, or a special card or combination to collect. Some goals need to be accomplished in a limited number of turns or in a limited time. Some goals could be trying to stick to an ideal path.

Challenges are delivered in packs of 6. Each pack is labelled after a place on the globe: “Madrid”, “Sahara”, “Istanbul”. With the 3 packs included in game, you have 18 challenges to master.

What’s new in this version : (Updated : 23 November 2016)
Tackle the problem where the password gets asked again and again when you try to play OnlineRequired Android O/S : 4.0+ 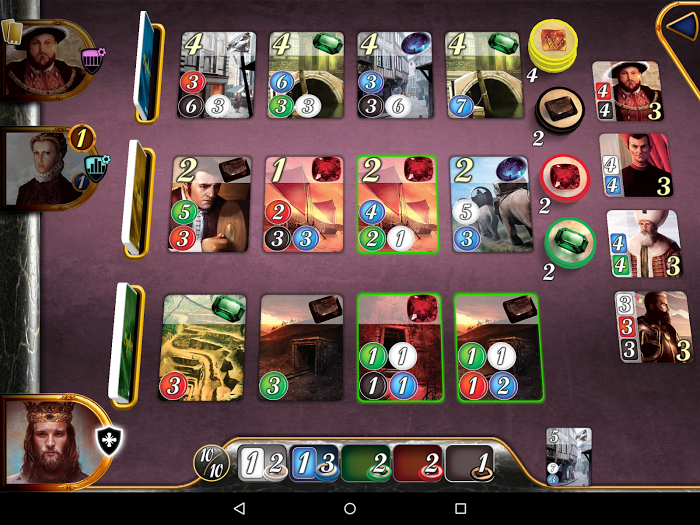 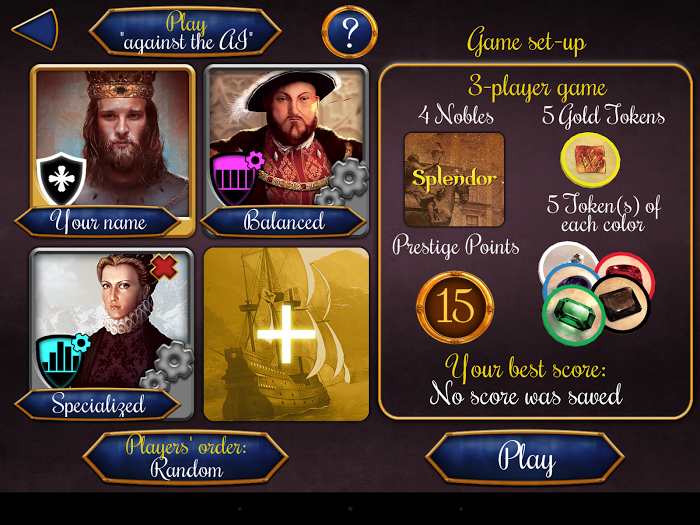 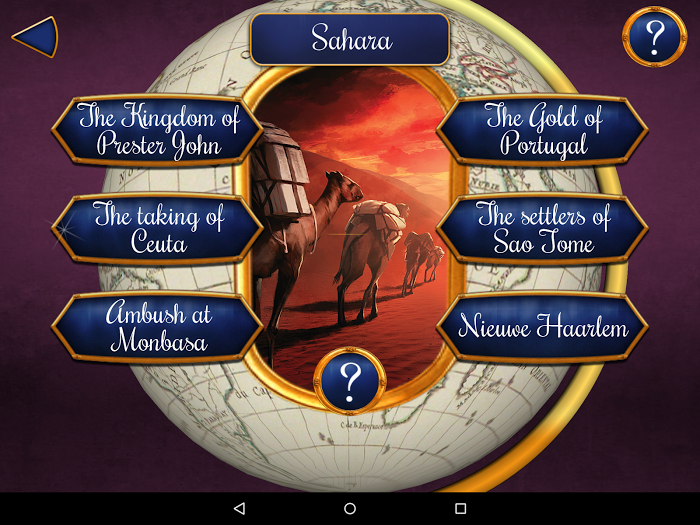 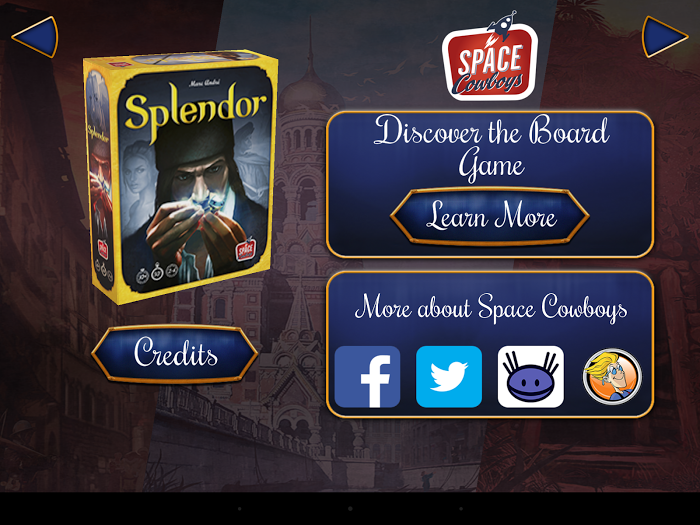